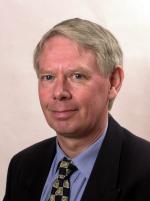 John M. Chalmers is currently a self-employed consultant. He worked for 34 years in the UK chemical industry (with ICI plc) as a vibrational spectroscopist, mostly associated with polymer science and characterization, retiring from the Company at the end of 1999 as a Business Research Associate. Subsequent to this, for about ten years, he held a part-time appointment position as a Senior Research Fellow/Special Lecturer with the School of Chemistry at the University of Nottingham. In 1991 he was the recipient of the Coblentz Society Williams-Wright Award, presented to an industrial chemist who has made significant contributions to vibrational spectroscopy. John is an Honorary Member of the Coblentz Society, a Fellow of The Royal Society of Chemistry, and an Honorary Member of the Society for Applied Spectroscopy. He has co-edited several books on vibrational spectroscopy applications, and together with Peter Griffiths co-edited the five-volume “Handbook of Vibrational Spectroscopy”. For 9 years he was Chair of the UK IRDG (Infrared and Raman Discussion Group), and he has served on several other spectroscopic society committees. He has published over 50 peer-reviewed papers and many other technical papers, and authored or co-authored 24 book chapters. 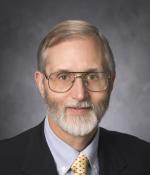 James A. de  Haseth is Emeritus Professor of Chemistry at the University of Georgia. He has been working with FT‐IR spectrometers for over 40 years, and has published and lectured extensively on their operation and performance. Jim is now a senior partner for Light Light Solutions, LLC, a general spectroscopy consulting firm. In addition he is currently developing a new instrument for rapid data analysis and large area measurement. The new instrument is portable, yet retains the resolution and signal-to-noise ratio of benchtop instruments. Jim has also been involved with development of spectrometric data processing algorithms for extraction of physical and chemical information from spectra of components in complex matrices. Jim is co-author, with Peter Griffiths, of the text “Fourier Transform Infrared Spectrometry.” The second edition of the text was published in early 2007. Jim is a Distinguished Service Awardee of the Society for Applied Spectroscopy and an Honorary Member of the Coblentz Society.

Robert W. Hannah was associated with the Bowdoin Infrared Course since 1962, first as a laboratory instructor while the course was at MIT, and as a staff lecturer after the course moved to Bowdoin College. Following completion of his graduate work at Purdue University, he joined Alcoa Research as manager of the Infrared Laboratory. He moved to the Perkin‐Elmer Corporation in 1962 where he served as Senior Spectroscopist and later as Senior Scientist in the Infrared Product Group. For the last four years prior to his retirement in 1992 he was Associate Director of Research and Director of Research for the Instrument Group with laboratories in Connecticut, England, and Germany. He authored over 100 Perkin‐Elmer publications and lectured worldwide. He was the representative on the Industrial Advisory Board for the Center for Process Analytical Chemistry at the University of Washington for 13 years and served as chair for one year. Bob was an Honorary Member of the Coblentz Society, served as the Secretary for that Society for twenty years, and received the Williams‐Wright Award, presented to an industrial chemist who made significant contributions to vibrational spectroscopy.

Ellen Nagy is the R&D Manager of Analytical Services at Georgia‐Pacific Chemicals, LLC. She has utilized vibrational spectroscopy throughout her career in industry. She has developed an expertise of using FT‐IR spectroscopy to determine the structures of newly developed chemicals as well as to identify materials that are causing issues at production or customer sites. Ellen received her Ph.D. in Analytical Chemistry from the University of Georgia under the direction of Dr. James de Haseth. She started her career at duPont’s Experimental Station working in the Polymers Division. In addition to support of the polymer development, she did research using infrared microscopy to study the degradation of polyethylene based joint implants. Ellen has been working at Georgia‐Pacific Chemicals LLC since 1992 at their R&D facility. She has done research on the thermal degradation of thermosetting polymers using TGA/FT‐IR and reaction monitoring utilizing both mid‐IR and near‐IR reaction probes. Accomplishments have included co‐authoring, with Dr. David Valdez, the chapter on analytical techniques in “Phenolic Resins, A Century of Progress” and five patents for new product developments.

Currently there are four Infrared & Raman Courses instructors, but not all will necessarily be present at every course:

The foremost goal of the courses is to show participants that interpretation of infrared and Raman spectra can be learned and applied. Most courses on spectral interpretation focus on a few functional group frequencies and memorization of specific values. We present a more holistic approach in that the interpretation procedure is systematic and combinations of bands and features are taken into account. A procedural method is used whereby possible structures may be identified from a single feature or band, and then the possible alternatives are reduced by the presence or absence of other features or bands. The analyst is encouraged to use all the information known about the sample. For example, if the conclusion of the interpretation is that the sample is a liquid and it is known to be a solid, something is wrong. This procedure has been developed and improved over a period of more than sixty years.

The objective of interpretation skills is to give the analyst tools to make informed decisions. In a world where computers are relied upon for answers it is all too easy to accept the computer response. Computers have no intelligence but rely simply upon comparisons. The human analyst is far better equipped to recognize subtle nuances and determine if an answer is correct. Informed decisions are very important; incorrect conclusions can be costly.

The courses are immersion courses, that is, the participant spends a week in reinforced learning. Exercises are used to apply the new skills to help retention of the material.

A result of the courses is that many people gain confidence in their abilities to solve laboratory problems. The courses are not exclusively restricted to interpretation, but include sections on a few popular sampling techniques, their advantages and pitfalls as well. Lectures are presented also on appropriate sampling and mixture analysis.

Instruction is a team approach. All of the instructors are able to present all of the lectures and consequently can integrate their lectures with other material. As with any advanced topic, some concepts and phenomena are open to debate and it is not unusual for the instructors to question a conclusion or presentation. There are some questions for which we do not know the answer. In this case, we admit that we do not and will try to resolve the issue through reference literature and consultation. We do not attempt to give a contrived answer.